Start typing and press
Enter to search
Skip to content

The other day I realized that I was unable to fit a single thing into my closet, which is not usually a problem for me.

I’m the type of girl who collects tech toys over shoes or clothes. Which is actually an expensive habit, but results in lots of closet space usually. That is, until recently…

As I was cleaning out my closet, I found the source of the problem… all of my awesome WordPress shirts.

I still remember nervously walking into my first WordCamp back in 2012 and thinking how cool it was that not only did I get to spend the entire day learning about WordPress, but I also received several free t-shirts. I still think it’s one of the coolest things

After several years of attending WordCamps, the t-shirts have started piling up. Then when I joined Automattic as a Happiness Engineer, the t-shirts really started flooding in.

While I hear you can do awesome things with the shirts, like make a quilt. I decided to donate the shirts I don’t wear as often to a homeless shelter. Why not pass them on to someone who needs them more then I do?

Anyways- here is a picture of the shirts I decided to keep, which are my most worn shirts right now. 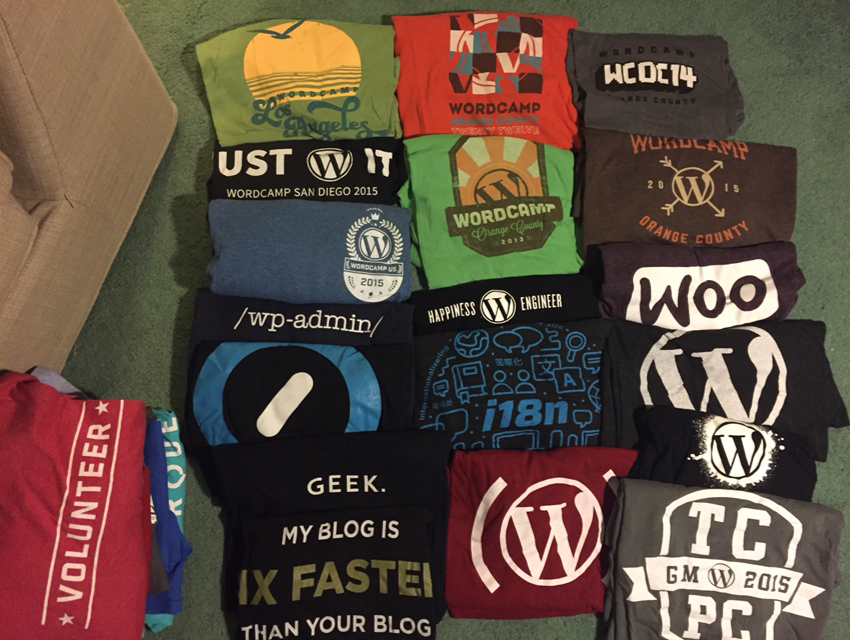